The magic trick to her! 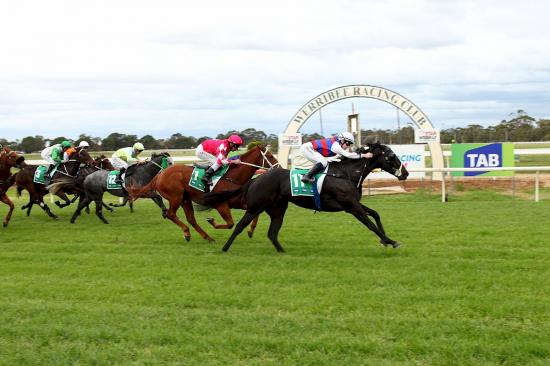 There is always plenty of tricks in the bag when taking over horses from other stables although the case with Lady Trickster was quite simple being only a change in riding tactics. Previously with 4 other Trainers before joining the Hope Racing team earlier this year, the 4YO mare had previously been ridden on speed in the early part of her racing career but slowly was becoming less effective as she got older. Always willingly to try new ideas the plan to ride her cold nearly came off in her first start for the stable at Moe with an unlucky third coming from last beaten less than a length. With the new riding tactics proving effective, the same plan was in place at Werribee on Thursday and Lady Trickster produced a stunning last to first performance to snatch victory in the "May Sports Luncheon" Handicap. Under strict riding instructions from the Co-Trainers, Tahlia waited patiently until well into the home straight before easing out. The mare produced a great turn of foot over the final furlong to record her third victory from 19 starts and provide the stable with the final leg of their treble.

Lady Trickster was purchased from the mixed sales last year for her new connections, Jim Dee, Les Christie and John Murphy, for the purpose of the breeding barn. She is proving an astute buy and hopefully there are more wins in store before she heads off to stud later in the year.