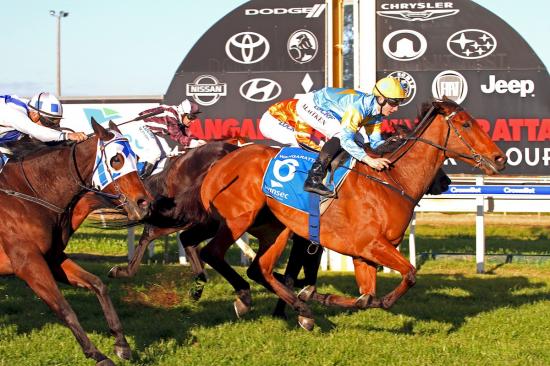 Never under estimate "Proud Wolf" on a wet track after registering his third win this campaign at Wangaratta on Monday. Sent out at double figure odds after a failure on a dry track at Caulfield previously, the 5YO Amadeus Wolf gelding relished the heavy conditions to show his superiority with a dominant win. After beginning well, Apprentice Mitch Aitken found himself in an awkward position and had no choice but to sit three wide for majority of the race. To the horses credit he kept finding in the straight to hold off the late challengers for a stoic effort in the "Crownbet" BM78 Handicap. Proud Wolf continues the good run for his Owners and Breeders "Jenal Australia" and registers his fifth win from only 13 starts to increase his prizemoney earnings to $61,300.