Prima produces at the Valley 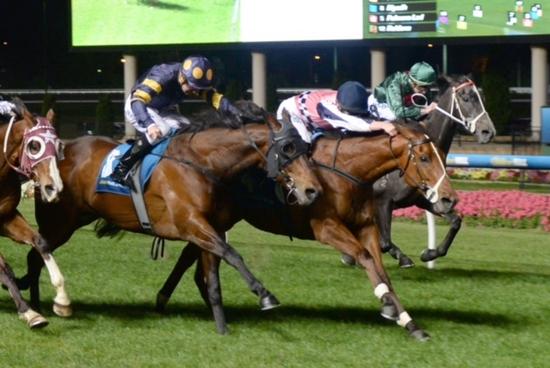 Prima may be the smallest horse in the stable in size but he has the biggest heart and will to win as seen at Moonee Valley on Friday night. He was there to be beaten after leading for the majority of the race but when the challengers came he dug deep and refused to get beaten in the Smartline Handicap over 2040m. A smart ride by Apprentice, Ben Thompson rated the 5YO son of Sir Percy to perfection and using his stamina and staying ability made it a true test to the finish.

As a 3YO, Prima arrived with big expectations after splitting New Zealand Champion 3YO's, Mongolian Khan and Volkstock'n'barrell, in the Gr 2 Avondale Guineas. It is great to see Prima rewarding his Owners and claiming his second win in town to take his career earnings to $110,751.