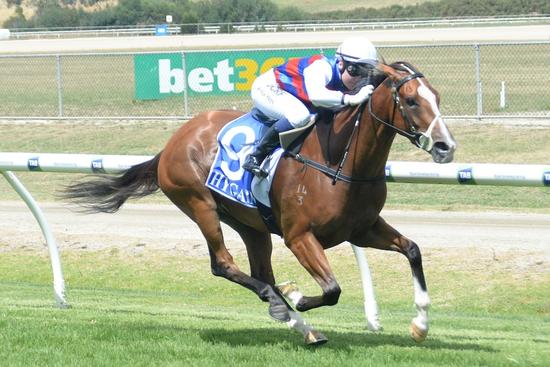 "Facts" opens the New Year for the stable on a winning note at Yarra Valley on Tuesday. Lining up for her first start under stable apprentice, Tahlia Hope, the 3YO filly flew the gates to take the lead. Although pressured mid race by another runner didn't stop the flying filly as she 'railed like a greyhound' around the tight circuit to kick clear and comfortably win the  'De Bortoli" Fillies/Mares Maiden Plate over 1000m by 1.25L. By Champion Sire, "Not A Single Doubt", the well educated filly maintains an unbeaten record for her dam, Showstoppa having also produced unbeaten mare, "Forjo" from her first two foals to race. Interesting fact, Forjo made her winning debut around the same time last year!

Bred and raced by long time stable clients, "Kevin Murphy, Peter & Pat McMahon, Pat & Suzie De Kretser & Carol Shinn", "Facts" may now step up to Black Type company and contest the Gr 3 Kevin Hayes Stakes at Caulfield next month. A race familiar with the stable winning the 2015 edition with former star filly, Sabatini. The owners and breeders certainly have a lot to look forward to with a few more fillies to come through the system by Shamus Award and Smart Missile. Showstoppa is currently in foal to Darley stallion, Hallowed Crown.