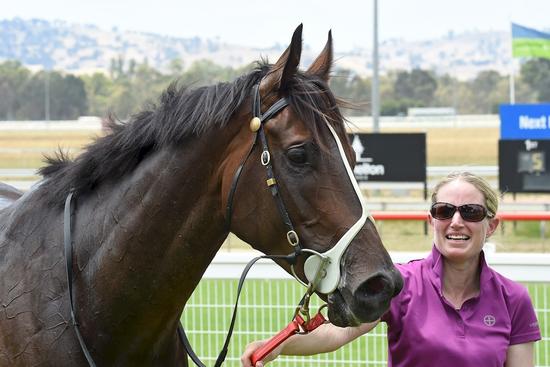 Dee Hope couldn't have scripted the finish any better before she headed back to her homeland, Ireland for the first time in 11 years. Her horse, O'Lonhro Bay took out the "Wilson Medic One Rising Stars" heat at Seymour on Monday to give the stable their second leg of a winning treble at the meeting. A recent addition to the team, you will recall O'Lonhro Bay won at his first start for the stable at massive odds of 106/1 but on Monday the bookies were more cautious as he started the 2nd priced favourite in the race. A brilliant ride by Jordan Childs settled the 5YO gelding mid field before working their way into the clear and storming home over the final stages of the race to score by a neck from the fast finishing Port Triano.

The timing of the win was perfect for Dee as not only was she returning to Ireland for a surprise visit to see her parents, Donald and Theresa who recently celebrated their 50th wedding anniversary but husband Co-Trainer Shannon was celebrating his birthday the following day. Whilst Dee is away O'Lonhro Bay will also have a short break as he has done a good job since joining the stable late last year by winning two races and a placing in his 5 stable runs to take his prize money earnings to $27,593.