The Hope racing team produced a smart one in "Balcazar" at the Seymour meeting on Monday. The son of former Champion racehorse and now Sire, "Sebring" stamped himself with a bright future ahead after an impressive win on debut in the 3YO Maiden Plate over 1100m. Settling last in the nine horse field the big chestnut gathered in his rivals over the final stages of the race for a soft win at the finish under in form jockey, Jordan Childs. 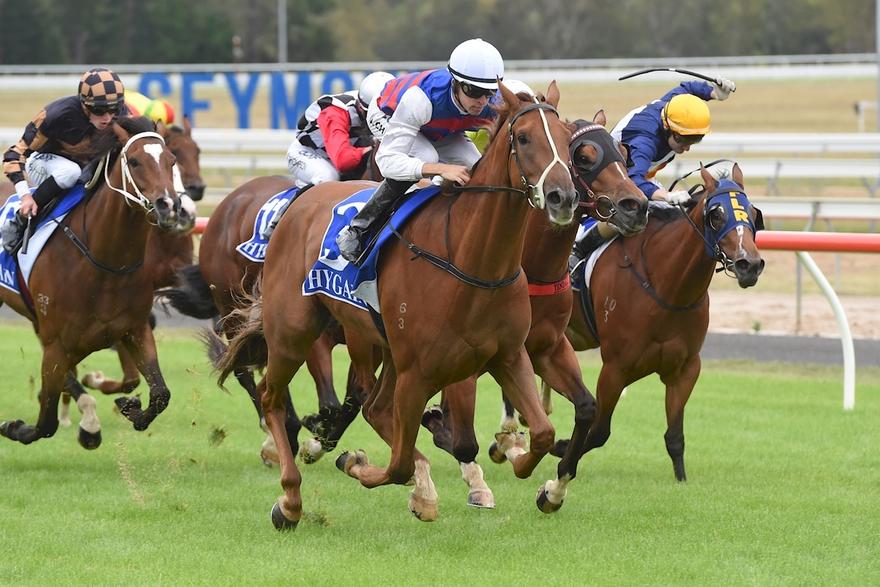 Raced by a big group of Owners, Balcazar has had an interesting history. Originally purchased as a weanling by Co-Owner Adrian Hall under his banner "Hall Thoroughbreds" along with Greg Turner from the MM National Weanling Sale in 2014 for the intention to on sell at the Inglis Premier Yearling Sale the following year. However not realising the reserve price, the then colt was sent over to New Zealand to be prepared for the 2015 Ready to Run Sale. Again failing to make his reserve price the colt was privately syndicated amongst friends and bought back to Victoria to be trained by father & son duo, Lee and Shannon. A Super Vobis qualified horse gave his connections an extra bonus from the win which made it even more rewarding and a great way to start his racing career.

Pictured in the winning Owners room after the win, are friends Peter Mullen & Greg Turner. 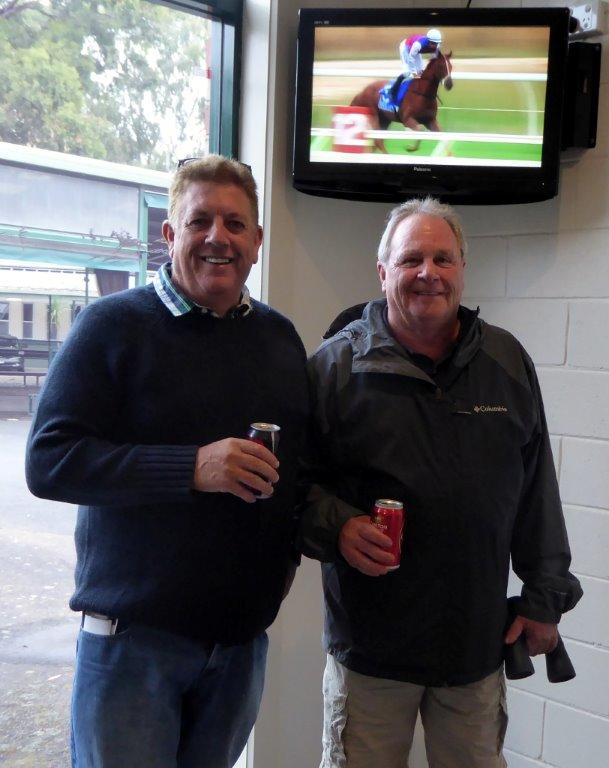