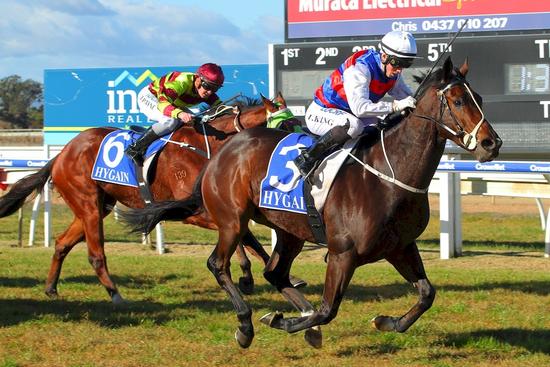 It may have taken 10 starts but in the end it was an easy exercise for "Eramosa" in recording his first win at Wangaratta on Tuesday. Mind you there were a few anxious moments when he was strung up in traffic amongst the big field however Apprentice Lachie King didn't panic and plotted his way through the pack in search of the gaps. Once in the clear he let down quickly and careered away for a comfortable win at the finish. The young apprentice who is building an excellent strike rate for the stable did admit he was slightly nervous coming to the turn but class prevailed in the end and the combination ran away for 1.75L victory in the 'Home Appliance' Maiden Plate over 1590m. For the ever consistent 4YO gelding it was a well deserved and overdue victory who has shown plenty of ability on previous occasions. 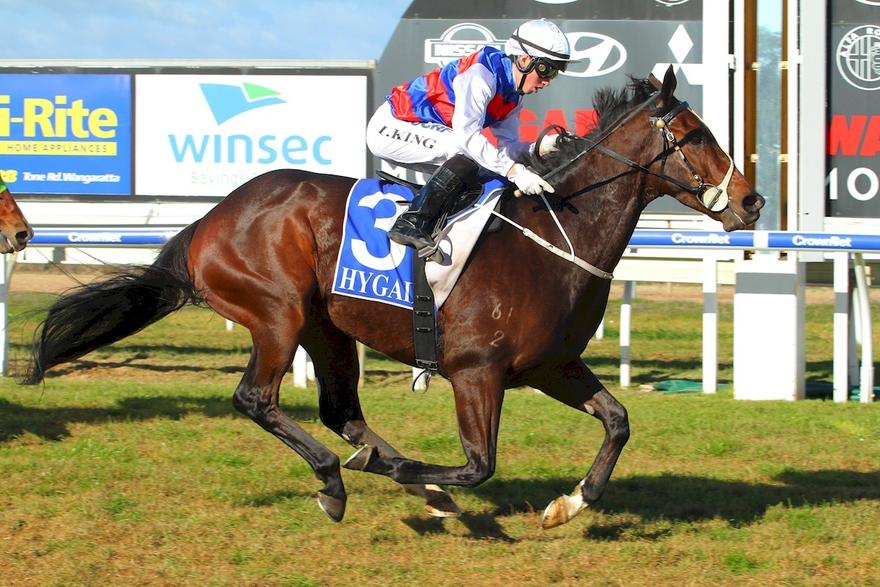 Eramosa joins his stablemate, Tavonian" as another graduate from the 2014 New Zealand Ready to Run Sale for 2YO's. Purchased for $75,000K (NZD) the "Alamosa x Missinga" gelding still has a way to go settle the ledger but judging on his easy win it will not take long to repay his patient connections. Raced by a lot of long time stable clients headed by Kevin Murphy along with June Fletcher, Ronald & Sharie Bannear, Allan Birrell Mark Adams, Andrew Scannell and Syndicates "Riverside Racing" & the Brown family "Jenal Australia". Joining the ownership group are locals Kathy & Tony Mackenzie, Les Christie, John Murphy and the recently formed GL Racing No. 2 Syndicate. 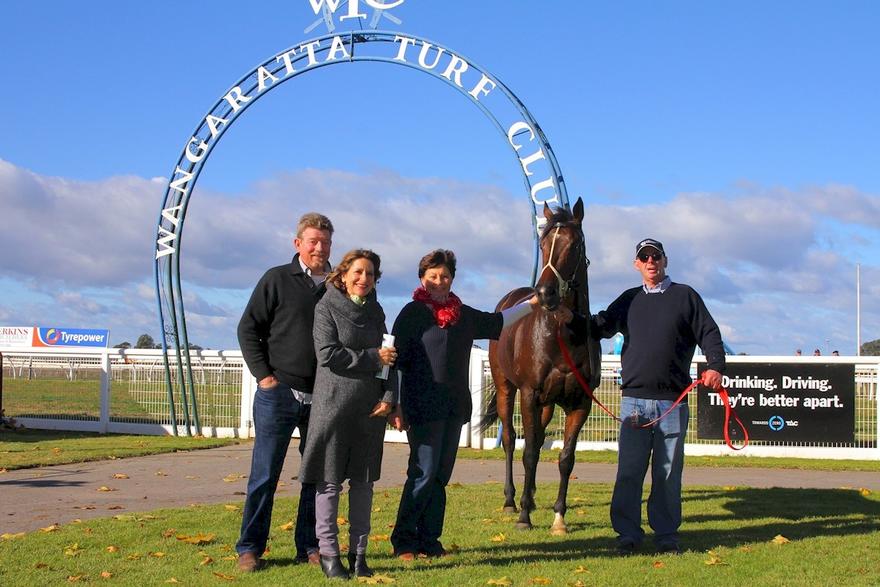 Pictured uner the Wangaratta Turf Club banner are Kevin & Sue Davey from the Riverside Racing No 3 Syndicate, Carol Shinn Manager of GL Racing 2 Syndicate and Co-Trainer Lee Hope. Eramosa will go through his grades and is likely to have his next start at either Bendigo or Echuca in a few weeks.