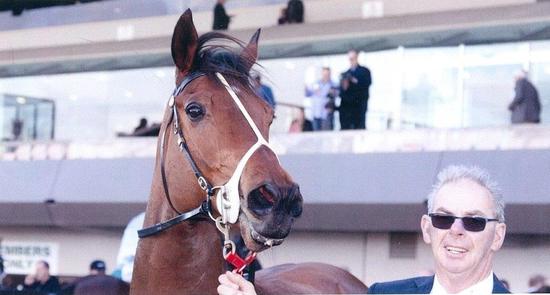 In his first interstate venture consistent 6YO gelding, Proud Wolf recorded a solid win at Morphettville on Saturday in the BM75 "Hughes Limousines" Hcp over 1200m. Coming off a terrific first up performance at Sandown earlier in the month, a decision was made to trek across to Adelaide after a deluge of rain throughout the week presented heavy track conditions for the superb wet track galloper. Apprentice Jordan Turner rode the consistent gelding to script settling in a perfect position mid race and poised ready to stake his claim when required. Once into clear running Proud Wolf relished the conditions to scoot away and provide the former WA jockey with a riding double.

Jordan claiming 1.5kg who is now aligned with the Corsten Team in Victoria was impressed by the win stating "He felt wonderful in his action and was really switched on. I thought I may have got to the front too soon but he was strong and wanted to win. The horse is growing in confidence to go on with it and I am sure there are few more wins in store for him"

Bred and Owned by the Brown family and raced under their Jenal Australia banner, Proud Wolf has now recorded 6 wins from 17 starts with 3 minor placings for $95,800 in prizemoney earnings. The stable reported if the track conditions suit, the "Amadeus Wolf x Paru's Pride" gelding will target another race in Adelaide on September 9. For the Brown family, celebrations were short lived after John suffered a nasty fall on Sunday. Laid up in hospital with a fractured pelvis and broken wrist we wish him a speed recovery.