It didn't take long for Tahlia to record her first win after her long lay off from injury and fittingly it was for the stable aboard "Small Town Honey" at Seymour on Thursday. Being her second meeting and only her fourth ride back, the talented apprentice earned plaudits and ride of the day as she guided the 5YO mare to victory in the "Insuremyfleet" Fillies/Mares BM64 over 1600m. The race didn't quite go to plan after the mare was slow into stride but showing maturity, Tahlia didn't panic and let the race unfold. Electing to stay on the fence the mare railed strongly in the straight to hit the front and despite a last minute challenge from the second horse, she proved too strong and drew away for a decisive win at the finish.

"I was waiting for this day and I just really wanted to get this one off my back so I can get back into form and try to get my eye in". The original plan was to lead or sit outside the leader but as soon as the gates opened I thought there goes that plan. I was lucky enough she was strong on the bridle throughout the race and mid race the whole field was trying to get off the fence and at the 500m the gap opened up. It was good to be back!" said Tahlia post race. 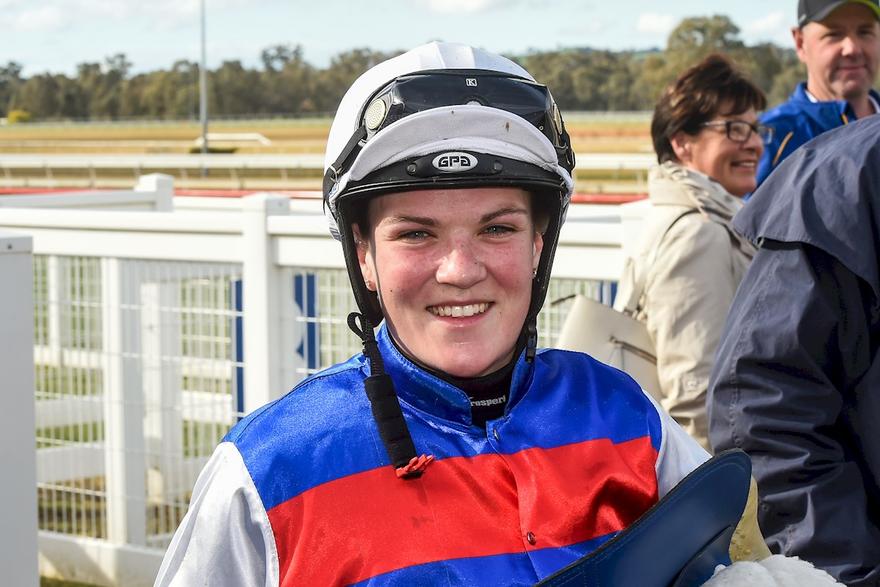