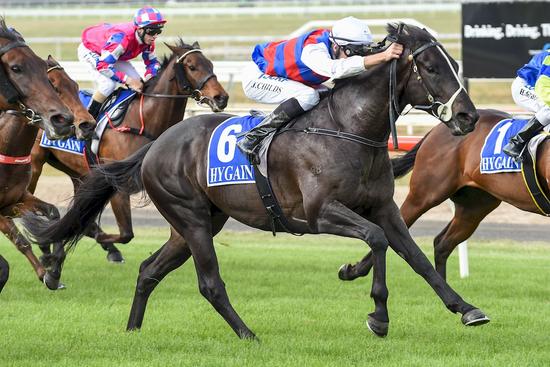 The old saying "horses for courses" certainly applies to "Sneferu" after he recorded his third win on his home track at Seymour on Thursday by taking out the Mangalore Park BM58 over 1200m. Becoming a Seymour track specialist he now registers an impressive 33.33% winning strike rate as well as a 66.66% placing strike rate from only 9 race starts on the course.

Resuming from a spell the magnificent looking 6YO returned in excellent order for the stable and although he has never won first up before the team were quietly confident he would perform accordingly. Under "Jordan Childs" the Street Cry gelding broke well from the barriers and settled back in a mid field position. Letting the race unfold, Jordan started to gradually move the horse into the race to be within striking range approaching the home turn. Under hands and heels riding Sneferu responded well to reel in the leader and managed to hold off the fast finishing Jay Belle to score by a narrow margin on the line.