Balcazar breaks through at Bendigo 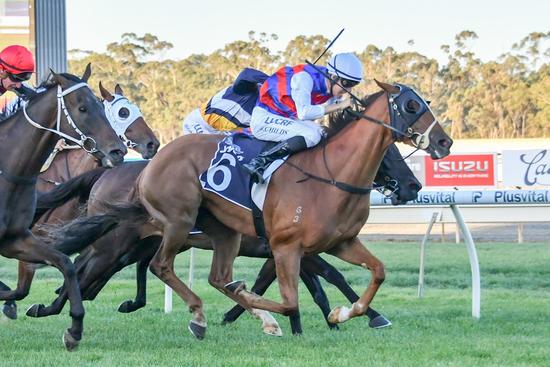 "Balcazar", a galloper of immense talent finally broke through at Bendigo to record his second win from 9 starts. Returning from a spell after a solid 3YO campaign, the lightly raced gelding was primed for the mile after a luckless run and narrowly beaten at Ballarat over 1400m in his previous race. Backing up 8 days later in Heat 4 of the "Grand Handicap" mile series, the Sebring 4YO needed to win to become ballot exempt from the final run at Flemington on March 17. Coming off the "Blue Diamond" and his first Group 1 victory, Jordan Childs was full of confidence and even though the horse didn't enjoy a great run in transit he still proved too good against the BM64 opposition. The win now cements his place in the final and he will be a worthy contender in a race restricted to gallopers over 1600m.