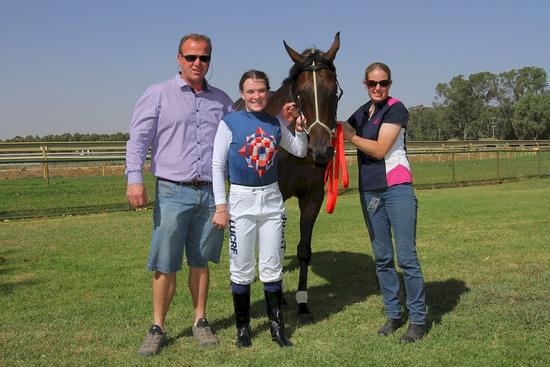 The Euroa Cup has been a lucky race for the Hope team over the years having previously won the cup on three occasions. So when we became aware the 2018 edition was programmed in March a plan was hatched to set stable horse "O'Lonhro Bay" for the race. Problem was the horse had never ran 1400m before as he had always been kept to the sprinting distances during his career and a test run at Bendigo over the distance didn't give a real guide with the race not quite going to plan. Next problem to face the team, he had to back up five days later which was another hurdle to overcome as the horse had never raced this close before. Once the fields were released for the Cup and a small field was lining up, a decision was made to ride the horse completely opposite to his normal style of racing and have him ridden up on the speed. Heading into the race there were a lot of unknown factors but Tahlia executed the riding instructions perfectly positioning the horse outside the leader. Tracking keenly throughout the run the horse took the lead approaching the home turn but as the finish line drew closer and a late challenge by Lord Smedley you were holding your breathe that they could hold on and that they did by the barest of margins. 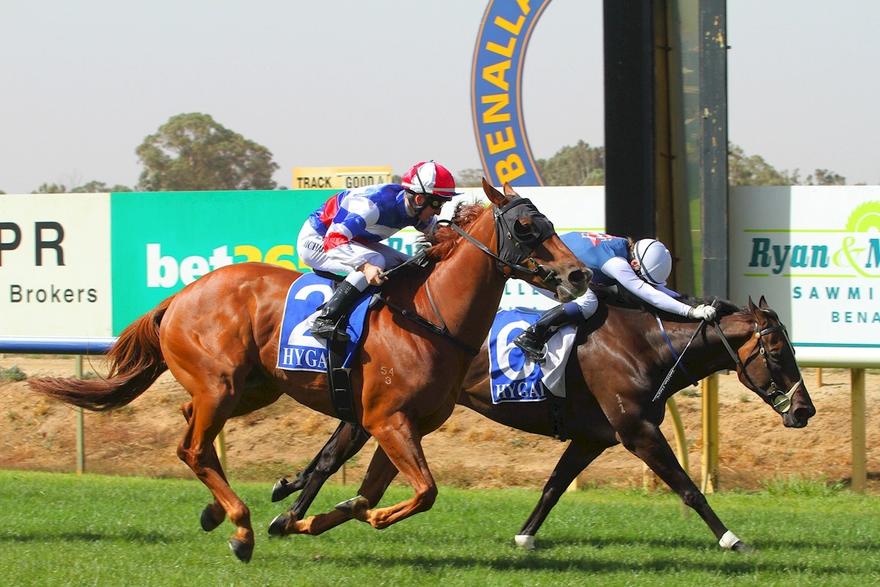 The 0.1L margin was a great result for the Seymour based team with the "Hopes" training, riding and owning the horse. O'Lonhro Bay was bought by Shannon for a very small amount in June 2016 after he caught his eye at the Echuca races. He has more than repaid his way winning first up for the stable at 126/1 at Bendigo in October 2016. Since then he has won two more races for career earnings in excess of 50,000 and given the team so much pleasure along the way. 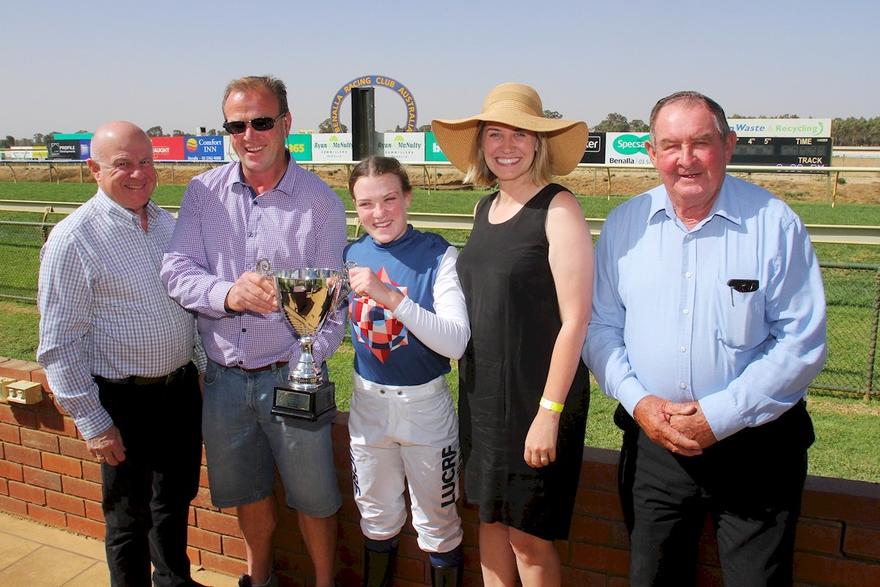 Shannon and Tahlia pictured with the "Euroa Cup" along with the race sponsors and Steph Ryan MP.