Day out at Caulfield for Tahlia 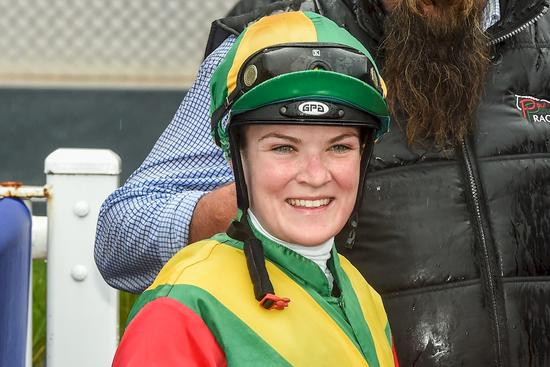 With Winter approaching, Apprentice Tahlia Hope has scored a timely double at Caulfield as she prepares to ride without her country claim. Hope added her first Saturday metropolitan double to a mid week pair at Sandown, giving the 19-year-old her ninth city victory.

Both winners, Kapaulenko and Magic Consol, are trained at Horsham by Paul Preusker who Hope says has been a long time supporter of the young rider.

"It's great doing it for Paul and his partner Holly McKechnie. They do a great job at Horsham with the team they have and to come here and have two winners is a great effort." said Hope.

With 78 winners on the country circuits of Victoria and NSW, Hope is close to losing her country claim.

"I've only got a couple of winners left so I thought if I can get a run on in the city with my three kilos claim coming into Winter it would be a good kick start. I am able to ride at 51kg which is a good advantage. Hopefully it can keep rolling on now" she said.

Just as Hope's career was starting to get momentum, a couple of untimely injuries halted her progress. She spent six months on the sidelines last year because of a broken ankle suffered at the Ballarat jump outs and more recently she fractured some ribs in a track work accident that stopped her progress for a month.

"When you are stopping and starting people can forget you pretty quickly, so to come back and have the support I have received is great" she said.