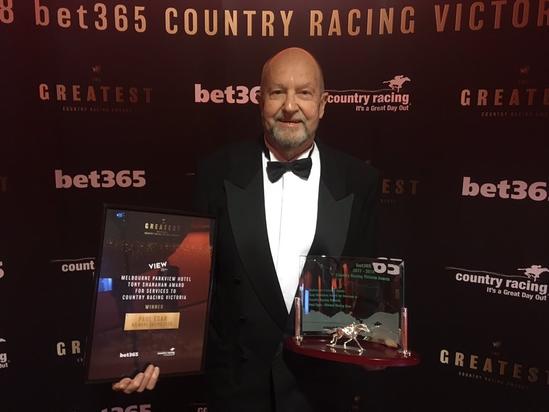 There wouldn't have been a more deserving recipient of the "Tony Shanahan Award" for services to Country Racing than our very own Paul Egan known to many as "Pegs". An avid supporter of Hope Racing and together with the many friends he has made through our stable we send him our congratulations on behalf of everyone for receiving this award at the Crown Palladium on Saturday.

Paul has been a racing enthusiast for most of his life and developed a strong affiliation with the Kilmore Racing Club spanning over 36 years. He is a "life member", former committee member and was President of the Club until last year. Upon his retirement as President, he was made an Ambassador of the Kilmore Racing Club which he excels in the role. Being a passionate race goer he also took on the journalistic role in our the local newspaper and shared stories in his weekly column in the Winning Post for the past 10 years, always promoting racing in the district.

He has also been involved in numerous horses over the years with the most notable and his favourite being "Winkler" a winner of 10 races of which five were in the metropolitan area. Currently he is looking forward to his next acquisition a 3YO gelding by Ocean Park heading to the races in the not too distant future. 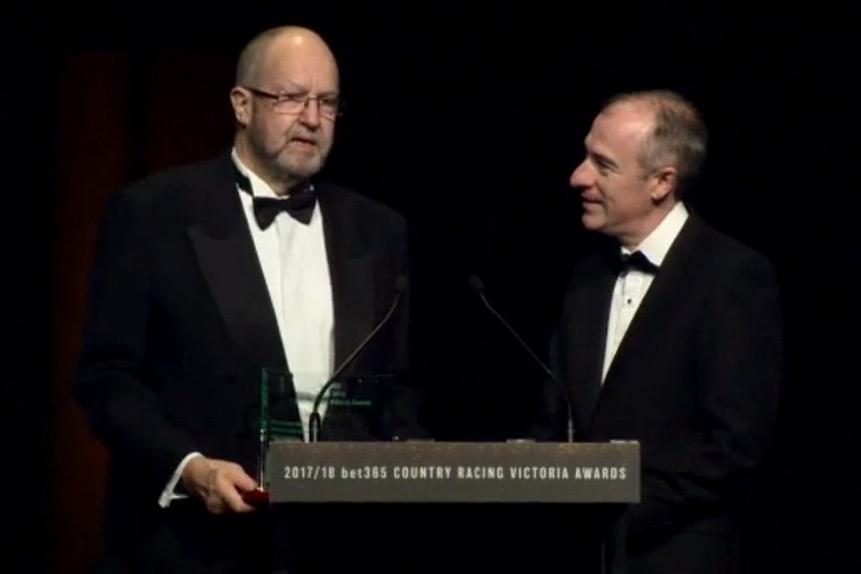