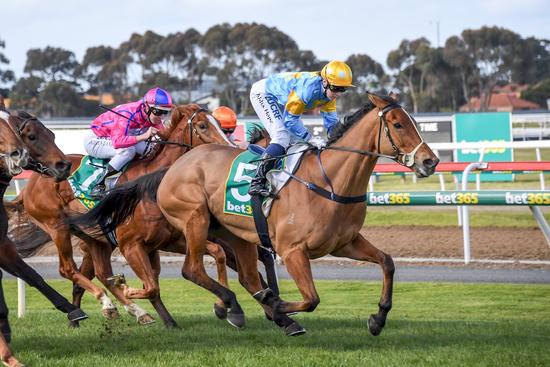 "Tahlia Hope" capped a fairytale return from injury and provided the best Father's Day present for Co-Trainers "Shannon and Lee Hope" winning aboard Indiana Wolf in her first ride back on Sunday. On the sidelines since early May due to a broken collarbone from a race fall at Wangaratta, the 19-year-old wasted no time in getting back to the winners stall and a much needed tonic in her comeback.

Plagued by injury in her short career the win also saw her out ride her country claim since her first winner on November 1st 2015 on stable horse, Danvito.  It was a milestone she has worked hard to achieve and now her sights are set on out riding her metropolitan claim with nine winners on the board thus far.

Indiana Wolf appreciated the drop in weight after being a luckless runner up at his previous race at Wangaratta a fortnight ago. After beginning well Tahlia had the Amadeus Wolf gelding in a nice position however the tempo slackened and she took the initiative to let the big awkward gelding stride forward. This proved a winning move and the 6YO stuck to his guns to record his second win from only 13 race starts. On raceday duties at Geelong, Co-Trainer Shannon explained the gelding had been plagued by muscle injuries and just needed time to mature being a big type of horse hence the reason he is lightly raced. 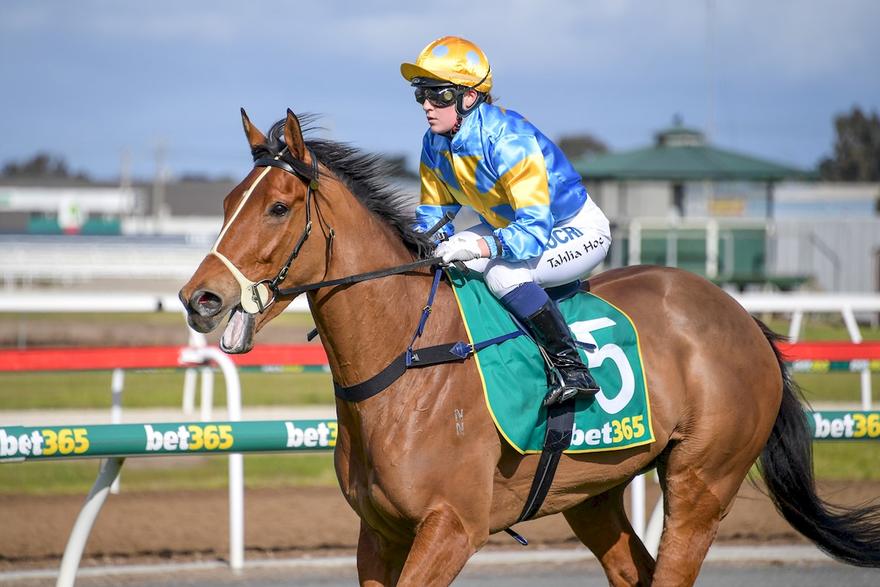 Sporting the "Jenal Australia" colours, Indiana Wolf is a homebred for the Brown family from one of their resident mares, Indi. He relishes the softer tracks and providing the rain gods are kind he will head back to Geelong in a fortnight for a similar race. From his 13 starts he has 2 wins and 6 placings to take his prizemoney earnings to $45,365.