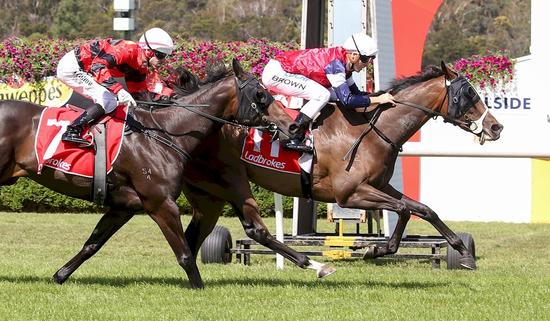 Since joining the stable in August "Supre" has been a model of consistency and a touch unlucky not to win in her three previous starts for the Hope team. With the application of Blinkers and a pretty cool ride from the states Leading Apprentice "Ethan Brown", the High Chaparral mare staged a super performance at Sandown to record her first metropolitan victory in the Araza Handicap over 1400m. Courtesy of a genuine tempo set up front, the 4YO mare settled three back on the fence in the eight horse field. Once she overcome the 'Corrigan Dip' in the home straight there were a few anxious moments as she appeared blocked for a run. However Ethan remained composed waiting for a gap to fully open and when finally exposed he drove her through and she attacked the line to draw away scoring by 0.4L at the finish.

Co- Trainer Lee Hope said, ‘She did a really good job, fought hard and we’re really quite pleased with her. 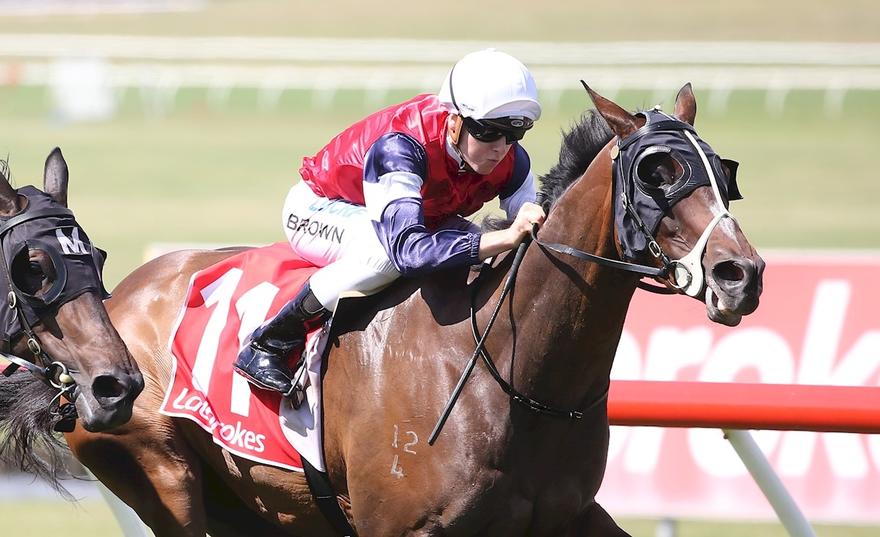 Formerly trained by Adelaide based Paul Beshara, the mare arrived a bit hot in temperament which is a common trait of the High Chaparral progeny but with the quieter country environment and some tinkering she gradually came around to our way. Bred by Quilly Park from their top class racemare and Cox Plate contender, Avienus, the High Chaparral mare was purchased by Greg and Jenny White of "Alpara Lodge" from the Inglis Premier Sale in 2016 on the back of their success with their own outstanding 3YO filly Fenway. Bred along the same lines the Alpara Lodge team identified her as a successor to Fenway and secured her for $220,000. She may never reach her heights but is on the right track with the ultimate goal to achieve Black type in the Autumn as flagged by Shannon Hope after her win.