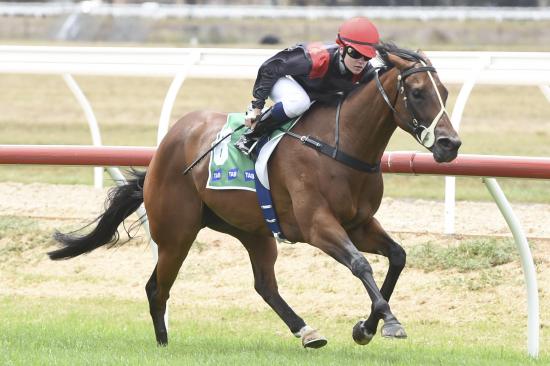 Beach Fighter showed plenty of fighting spirit to finally break through to win her first race at Werribee on Monday. Runner up in her previous two runs the Churchill Downs mare made it a one act affair after leading most of the way in the Jupiter Estate Agents Maiden Plate over 1100m. It was a great result for the other half of the Hope Racing team being owned by Dee, trained by Shannon and ridden by Tahlia to make it a real family affair.

Beginning from the outside barrier in the field of six, Tahlia worked her away across the field to the lead. Rated perfectly in front by Tahlia gave the mare an opportunity to conserve energy mid race before kicking away in the home straight and making it difficult for the opposition to have any impact over the final stages of the race.

Beach Fighter was purchased by Shannon 15 months ago on the recommendation from jockey, Dale Smith that she would be the ideal horse for Tahlia to learn the ropes. She may only be small but has exceeded all expectations and has turned out to be the perfect racehorse for any young aspiring jockey. Since joinng the team she has had 4 starts for a win and two seconds and has more than paid her way.

Resuming from her first suspension it didn't take long for Tahlia to return to the winners enclosure and Beach Fighter takes her winning tally to 6 after out riding her 4kg claim at Camperdown on January 16.